What is Juneteenth Day? 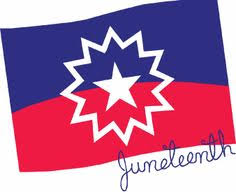 The date celebrates the June 19, 1865, announcement of the loss of the Civil War and the abolition of all slaves in the state of Texas.  This was two and a half years after Lincoln’s Emancipation Proclamation went into effect on January 1st.

In Chicago, many events were held on the previous weekend, and a  number of concerts will be held in Hillside and the city.  Customary celebrations, like those held in Texas in the late 1800’s and early 1900’s provided an opportunity for simple freedoms like singing, dancing, and readings from worshipped artists.

Why June 19th?  It was on that date in 1865 that Union soldiers under the command of General Granger finally washed ashore in Galveston to inform the Texans of what had transpired.  By and large, Texas and its citizens were not impressed.  The limited size of the Union force and the increased numbers of slave-holders fleeing southern states to Texas as the war ravaged their plantations made for little response or acceptance of the news.

Other stories and conspiracy theories, most likely apocryphal, surfaced as reasons for the delay in the announcement for over two years after the President’s Proclamation.  The soldier sent to carry the news to Texas was murdered by those who wanted to prevent such information from reaching the fields.  Plantation owners kept the information from their work force to maintain order and production.  The Union soldiers were complicit in keeping the information from slaves to assure cotton crops were picked before freedom. 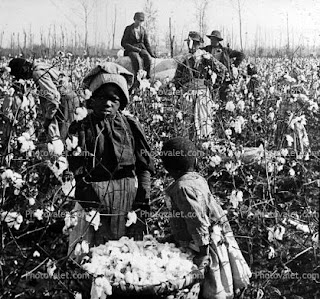 In fact, slaves worked and tilled the fields for over two years after they had been acknowledged free men and women in the Capitol.

Despite the Lone Star pushback, after Lee surrendered in April of 1865, it was only a matter of time before the tide of change would sweep across the nation.  Texas Supreme Court decisions in the next decade reaffirmed the status of freedom for those brave African Americans who had cautiously celebrated their liberty in June in the streets of Galveston upon first hearing the news.

Other racial justice organizations will mark the day remembering the horrific history of the slave trade and its everlasting impact on a people and two continents separated by over 5000 nautical miles.

Over 2 million died while crossing the Middle Passage into America.

At least as many others perished during the forced transportation across West Africa to the waiting ports.

Estimates of total captives brought to America for slavery run as high as 12 million.

Several hundred captives were chained together below decks in deplorable conditions, suffering cramped contagion and death on the journey.

Insurance brokers provided for coverage in cases of drowning, but not simply deaths.  As a result, some historians visualize the Atlantic sea bottom marking the exact paths of ships with the mountains of bones left from throwing strings of sick or unwanted slaves overboard. Deplorable.

It’s small wonder that Juneteenth will likewise mark the strong, resentful argument for reparations by racial justice organizers like the Black Land and Liberation Initiative.  They and others symbolically revisit the issue by highlighting General William Sherman’s original order in 1865 by recognizing a national day of action.  According to writer Aviana Willis, “In 40 acres across 40 cities black people will take nonviolent direct action to occupy and reclaim spaces such as abandoned schools and empty lots, with the goal of putting these spaces into service of the community.”
(http://inthesetimes.com/article/20249/black-land-and-liberation-forty-acres-mule-juneteenth)

Black Land and Liberation Initiative states it clearly:  “We are people who have been enslaved and dispossessed as a result of the oppressive, exploitative, extractive system of colonialism and white supremacy.  In this system, our labor and its products have been taken from us for generations for the accumulation of wealth by others.”(http://blacklandandliberation.org/)

“We have been taught in school that the source of the policy of “40 acres and a mule” was Union General William T. Sherman’s Special Field Order No. 15, issued on Jan. 16, 1865. (That account is half-right: Sherman prescribed the 40 acres in that Order, but not the mule. The mule would come later.) But what many accounts leave out is 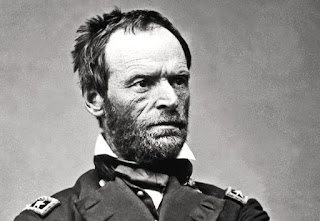 that this idea for massive land redistribution actually was the result of a discussion that Sherman and Secretary of War Edwin M. Stanton held four days before Sherman issued the Order, with 20 leaders of the black community in Savannah, Ga., where Sherman was headquartered following his famous March to the Sea. The meeting was unprecedented in American history.

“Today, we commonly use the phrase “40 acres and a mule,” but few of us have read the Order itself. Three of its parts are relevant here. Section one bears repeating in full: “The islands from Charleston, south, the abandoned rice fields along the rivers for thirty miles back from the sea, and the country bordering the St. Johns river, Florida, are reserved and set apart for the settlement of the negroes [sic] now made free by the acts of war and the proclamation of the President of the United States.”

“Section two specifies that these new communities, moreover, would be governed entirely by black people themselves: ” … on the islands, and in the settlements hereafter to be established, no white person whatever, unless military officers and soldiers detailed for duty, will be permitted to reside; and the sole and exclusive management of affairs will be left to the freed people themselves … By the laws of war, and orders of the President of the United States, the negro [sic] is free and must be dealt with as such.”

“Finally, section three specifies the allocation of land: ” … each family shall have a plot of not more than (40) acres of tillable ground, and when it borders on some water channel, with not more than 800 feet water front, in the possession of which land the military authorities will afford them protection, until such time as they can protect themselves, or until Congress shall regulate their title.”

“With this Order, 400,000 acres of land — “a strip of coastline stretching from Charleston, South Carolina, to the St. John’s River in Florida, including Georgia’s Sea Islands and the mainland thirty miles in from the coast,” as Barton Myers reports — would be redistributed to the newly freed slaves. The extent of this Order and its larger implications are mind-boggling, actually.” (http://www.pbs.org/wnet/african-americans-many-rivers-to-cross/history/the-truth-behind-40-acres-and-a-mule/)
Stanton had gone to a group of African American preachers and ministers at the conclusion of the war, asking what would be an appropriate payment for the debasing of a race and people.  The answer was the assurance of future economic freedom by receiving land on which to farm, land that had been taken in Sherman’s march along the southeastern coast of the United States.  Sherman later threw in the single mule with the 40 acres – as many of the pack animals were now available after the war.

“And what happened to this astonishingly visionary program, which would have fundamentally altered the course of American race relations? Andrew Johnson, Lincoln’s successor and a sympathizer with the South, overturned the Order in the fall of 1865, and, as Barton Myers sadly concludes, “returned the land along the South Carolina, Georgia and Florida coasts to the planters who had originally owned it” — to the very people who had declared war on the United States of America.”

Only a small handful of states – Hawaii, Montana, New Hampshire, North Dakota and South Dakota – do not recognize the date as a day for observance, a ceremonial holiday or state sanctioned holiday.  45 other states, including Illinois, recognize the date’s importance and its observance of the participation and achievements of African-Americans in the progress of our country.
Posted by John Dillon at 6:33 AM