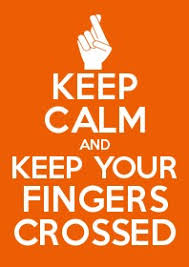 Having served as journalist at The Washington Post for over two decades, John Harris is a veteran political journalist and co-founder of Politico, the political news and opinion organization available on various newsfeeds. Harris and Jim Vanderhei founded Politico in 2007 and Harris served as editor-in-chief until 2019.  Excerpts of his recent article below demonstrate a less emotional and hopefully more accurate prediction of what is to come – even if too slowly for many of us.

“Donald Trump lost the presidency, but his opponents so far have not achieved the victory they want most: A fatal puncturing of the Trump movement, a repudiation so complete that it severs his astonishing grip on supporters and leaves him with no choice but to slink offstage and into the blurry past.

“For now, Trump dominates conversations about both present and future. His outlandish claims that he won the election except for comprehensive fraud have helped raise more than $200 million since Election Day. Many of his partisans share his dream of recapturing the presidency in 2024. For those who despise him, to paraphrase a famous Democratic speech, it seems clear the work goes on, the cause endures, the fear still lives, and the nightmare shall never die.

“Except it will die — most likely with more speed and force than looks possible today.

“There are three primary reasons to be deeply skeptical that Trump’s moment of dominating his party and public consciousness will continue long after Jan. 20.

“Most important are the abundant precedents suggesting Trump does not have another important act in national politics. The perception that Trump will remain relevant hinges on the possibility that he is a unique historical figure. Trump, however, is singular in one sense only: No politician of his stripe has ever achieved the presidency. In multiple other ways, he is a familiar American type, anticipated by such diverse figures as Joseph McCarthy, George Wallace, and Ross Perot.

“Like Trump, they all possessed flamboyant, self-dramatizing personas. They tapped into genuine popular grievance toward elites, and had ascendant moments in which they caused the system to quake and intimidated conventional politicians of both parties. In every case, their movements decayed rapidly. Cults of personality in American politics are quite common. But they never live long, and Trump has offered no reason to suppose he will be an exception.

“That’s the second reason Trump is not well-positioned to retain his hold on public attention: He has largely abandoned any pretense that he thinks about anything other than his personal resentments, or that he is trying to harness his movement to big ideas that will improve the lives of citizens. When he vaulted into presidential politics five years ago, Trump’s still-potent gifts — for channeling anger, for mockery, for conspiracy theory — were once channeled to an agenda that fellow Republicans were largely neglecting, over trade, immigration, globalization, and perceptions of national decline.

“These days, no one can follow Trump’s Twitter feed and believe that he cares more about the public’s problems than his own, and that is not a recipe for sustaining political power.

“Here is the third reason to be bearish on Trump’s future: Politics never stands still, but Trump largely does. As he leaves the White House, Trump should be haunted by a stark reality — if he had any capacity for self-calibration, he wouldn’t be leaving the White House at all. He’s got one set of political tools. When things are going well, his instinct is to double down on those. When things are going poorly, his instinct is to double down on those. In political terms, the pandemic demanded modulation of Trump’s blame-casting brand of politics — but also would have lavishly rewarded him if he had done so.

“Trump didn’t change because he didn’t perceive the need and couldn’t conceive of how to do so. That’s a combination of flawed judgment and impoverished imagination that hardly supports optimism about his ability to retain power in the new circumstances that await him once gone from the White House.

“Time moves on. Ambitious Republicans who wish to regain control of the party and become president themselves do not have to confront and defeat Trump, as his 2016 rivals tried and failed to do. They merely have to transcend him, using issues to create leadership personas that will soon enough make the 74-year-old Trump look irrelevant, an artifact of an era that has passed. What about his 88-million Twitter followers, and the possibility that in his ex-presidency he will start his own news network? It is true that Trump will not lack for avenues to get his message out. But what will that message be, beyond repeating claims of a stolen election that his own attorney general has said are not true. Conspiracy theories, of course, can have power, even when the evidence is nil — that’s just proof of how deep and wide the conspiracy must go. But this isn’t a promising basis to return Trump to the White House or make him kingmaker."

There’s so much more to savor reading by Mr. Harris’ article “Relax, A Trump Comeback In 2024 Is Not Going To Happen.”  https://www.politico.com/news/magazine/2020/12/10/trump-comeback-2024-not-happening-444135  I hope you do and entertain a reason to hope that his longer view of our nation’s political history will once again repeat.