Why Teachers Have Compounded COLA of 3%. 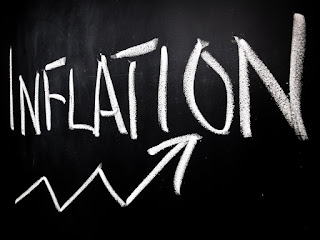 Compounded Cost of Living for Teachers?  How Did That Happen?

If you read the editorial pages of the Chicago Tribune or follow the voices of many of their right-bent guest writers, the 3% compounded cost of living (COLA) provided to retirees in Springfield was a smoky backroom deal done in the dark of night by unknown legislators looking to feather their own retirements.  Unknown, except for Madigan, who is deemed the Master Illuminatus controlling all past and present evils in the General Assembly.

The real story is actually a bit more interesting and, believe it or not, an attempted bit of fiscal compassion.

Mr. Peabody: “Set the Wayback Machine, Sherman, for 1980.”  Sorry, Millennials, this is a reference to a short series included in the original Rocky and Bullwinkle series on TV…oh well, never mind.

Despite the median price of a home at $63,000, interest rates were running so high that people were taking out balloon mortgages that offered lower beginning rates but were tethered to an arrangement which required a full payment at the end of a specified time. That last payment was called “the bullet.”  No amortization, just a total payment for the balance later.

(If that sounds familiar, then you are too knowledgeable about pension ramps in Illinois).

But starting in the mid 1970’s and into the 1980’s, inflation rates were stubbornly high. 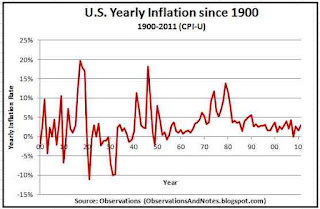 As past Illinois Teachers’ Retirement System Trustee Bob Lyons observed, “In the 21 years from 1969 through 1989 there was only one year that inflation was less than 3.3% and the average annual rate of inflation was just over 6.2%.  In making the decision in 1989 to change our annual increase from three percent simple to three percent compounded, the members of the General Assembly made what they felt was a reasonable assumption that inflation would continue and that it would grow at the rate that it had been for more than 20 years.  Since state pensions had not kept up with inflation they would provide a necessary increase, but they did not ask anyone to pay for it because they assumed it would not really be expensive.  The change would cost the state, but they assumed it would still run behind inflation. And growing inflation would mean the state would collect more tax revenue.”

Anticipating further elevated inflation rates, the General Assembly granted a change from 3% simple to 3% compounded COLA in 1989 to the retirees in TRS.

And he’s right.  On average, thus far, we are looking back nearly 30 years with a .6% positive break.  And in our current media environment of people turning on each other rather than to each other, this COLA correction seems unacceptable to those who criticize the Illinois “Pension Problem” as simply an issue of too many benefits. The finger pointing by the Tribune and other anti-union organizations ignore the truth: the cost of pension would not be so overwhelming if there were no debt payment as a result of decades of avoiding payments.

Eric Madiar, the past Chief Legal Counsel for Senate Leader John Cullerton and author of a thorough exegesis “Is Welching on Public Pension Promises…,” speaking before the City Club of Chicago, once reminded his audience: “Our current pension disaster cannot be blamed on salary or pension cost increases.  Between 1985 and 2014, pension funding liabilities grew by $97 billion.  Benefit increase only counted for 8%, or $8 billion of that growth.  Pay increases were actually less than actuaries had assumed they would be. And the actually helped bring down the unfunded liability by $1.3 billion.  The state's failure to fund the system accounts for 49 or 47% of that growth.  So simply out, the main reason we are in this mess is for insufficient pension contributions” (City Club of Chicago).

But like any Zen Balance question, we are all awash in what may decidedly come again in another inevitable wave.  Okay, so now maybe we are .6 ahead.  Now.  But in the 15 years before the 3% compounded (1975-1989), we were battling an average of 6.7% inflation – or a 3.6% disadvantage even if pensioners had compounded COLA’s.

Maybe the General Assembly didn't foresee a lessening of inflation or the Great Recession, but they understood what continued rampant inflation was doing to state retirees.

And, it’s not pensioners that created the fiscal problems at the state or municipal levels; it is and will always be the avoidance of funding the pensions that now comprise the interest-laden debt which must be serviced yearly.  As Bob Lyons also wisely points out, “The truth is that this year 76% of the 8.5 billion going to pensions is to make up for the continuous past underfunding of the five systems.  If Illinois pensions were fully funded, all it would take to fund the pensions for all current employees would be just a little more than two billion dollars. The so-called pension problem in Illinois has in reality not been caused by the cost of our pensions, but by the failure to fully fund them.”

The next time someone suggests that retirees’ benefits are the cause for the “pension problem,” “pension crisis,” or the “pension’s unsustainability,” please help them see the truth.