I Wish I Had a Senator like Linda Holmes 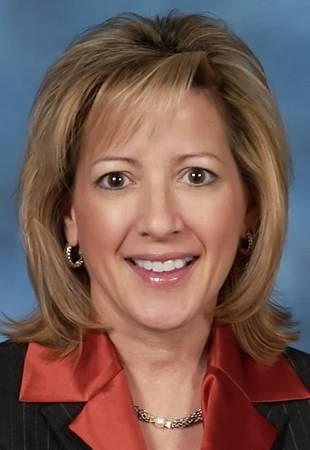 I Wish I had a Senator like Linda Holmes.

When it came to the influence of Madigan and SB1, my Representative Monique Davis fell quickly into line with all the others seeking approval and whatever else from the Speaker.  I figured she would.  She did the same thing on the early incarnation of SB1.  They found the button that pushed my one-time-warrior-against-SB7, and she turned like a popover in a hot oven.

I figured more from my Senator Emil Jones III.  We’ve had photo-ops and friendly meetings where he informed me that he was a career Senator, not supported by a law firm like those other guys, etc.  He promised he’d never destroy the pension of hard working public sector workers because he was one of us…then he caved like a sand castle.  What a disappointment.

So, even though I am nowhere near Aurora, I am taking Senator Linda Holmes as my honorary Senator from Illinois.  She’s my new superhero.  I will send her money, flowers, and kudos, not because she did anything spectacular.  She spoke truth…and I guess that is spectacular and unusual in Springfield.

Here is what this good Senator had to say when given the chance before the vote of SB1 On Black Tuesday.

"I think this is a very sad day here.  I'm very sorry once again to be standing here, embarrassed and saddened by what we here as a body are talking about doing.  In 2010, I didn't think we'd be on the floor discussing this.  The reason why was that in the spring of 2010, we were brought a bill that reformed pensions.  We now call that Tier Two.

We looked at that and there were pretty drastic deductions for new hires, and at that point, I think some of us raised concerns about that; however, we were told it's new hires - they have the option to plan for their retirement.  They have the option to make changes.  We are not touching current employees or retirees.  We promise we're not doing that.

Well, guess what.  Today, we're looking at breaking that promise because we're impacting current retirees and those that are currently in the system.  I look at this from a very simple perspective.  We can talk the numbers, we can talk anything we want here, but let's get down to what the real reasons are.  For one thing, this is a budgetary problem; this is not a pension problem. 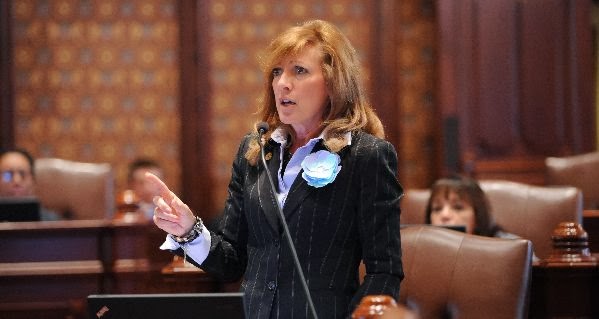 What we are doing is quite simply wrong.  I ran a remodeling company for twenty years.  Every job we did, we did based on a contract.  That contract was signed as to what work we would be performing.  It was signed by the customer, which said what they were going to be paying for that work.  When the job was completed, I could go to the customer and say, 'Is everything we say in the contract been performed and been performed to your satisfaction?'  They say, 'Yes' ; I say 'fine.'  'Now, you've been making your payments throughout, and it is time for the final payment of $15,000 on your dream kitchen - you know, the kitchen with the granite countertops and the stainless appliances? This is everything you wanted, right?'  They say, 'Absolutely, and I know I owe you $15,000 and I know that's in the contract, but I'm only going to pay you $5000.'

What am I as a business person going to do?  Am I going to take them to court for breach of contract?  Absolutely!  We signed an agreement. How is this - what we are doing - any different?  I don't know how there is one person here with any understanding of business, with any understanding of contracts, who can sit there and say what we are doing is right.

And we're just going to throw this out there because we don't know what else to do, so we're going to let the Justices decide?  We as a body of lawmakers can't look at this and say, 'This is inherently WRONG?  This is inherently UNFAIR?  THIS IS A PROMISE BROKEN?'

This is actually no different than a thief coming into your house at night and stealing your valuables.  The difference is this isn't a thief coming in the night.  This is your elected representatives coming to you, looking you straight in the eye, and saying 'I'm going to take away your future.'  That is more than a promise broken.  That is reprehensible.

You might want Senator Holmes to be your Senator too.

Or, you might want to call and thank her for her resistance to the lemming like procession that ran public sector workers off the cliff last Tuesday.  She’s good people and deserves your call of gratitude.